Wakening to a Wider World 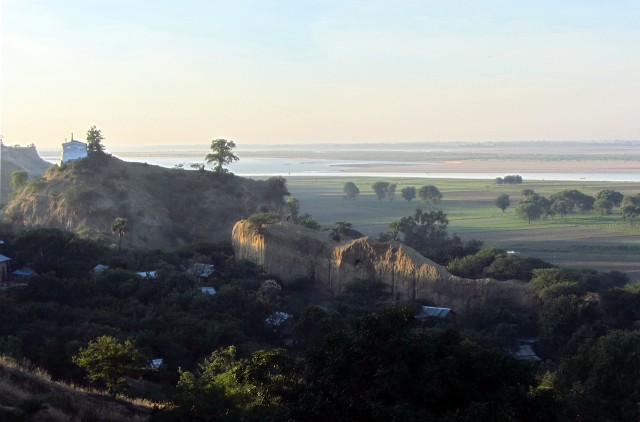 Lei Thar Gone (Gentle Breeze) Guesthouse and the adjacent Light of Love High School are the remarkable result of one man’s bold vision, fourteen years of selfless dedication, and ongoing, relentless, hard work: Eric Trutwein is Burmese through and through, in spite of his German surname. He owes the name to his great-grandfather who emigrated from Germany to the United States, where he met and married a Burmese woman. The couple later immigrated to Myanmar.

Born in Yenangyaung in 1945, Eric enjoyed a carefree childhood in a large and prosperous family. Political upheaval in the early sixties brought an abrupt end to the family’s well-being. Like all citizens of mixed ancestry, the Trutweins were ruthlessly expropriated. Almost over night they lost their wealth, their property and most of their civil rights. Exceptionally hard times followed, but Eric’s engineering skills, his sound business sense, reliability and integrity secured him a successful career in the Myanmar petrol industry and presently, the return to prosperity.

After his retirement and the death of his wife in 2000, Eric returned to his native city Yenangyaung. He was intensely moved by the bitter poverty he encountered.

As one of the world’s poorest countries, welfare is nonexistent in Myanmar. Malnutrition and diseases, frequently AIDS, rob many children of their parents. The only way these children can survive is by working. The jobs – collecting fire wood, carrying water, working heavy clay for brick production, are backbreaking and terribly underpaid. Adult brick-makers get 10 to 20 Kyat for a brick, that’s 1 to 2 cents!

We never found out how many bricks this kind man, who took the time to show us the process, makes in a day…

For children living under these conditions, school is never an option. Eric’s heart bled for them  and he had great empathy for their hopeless circumstances. Their need became his calling.

In 2002 Eric founded his school project- with thirteen orphans, in a single room. Since then, the complex on the breezy hill overlooking the Ayeyarwady River has grown steadily. It now encompasses the guesthouse and the spacious new Light of Love High School, for children from age three to fifteen.

The school opened in June 2013 and is one of only two licensed private schools in the Magwe Division. There are currently ninety children enrolled here, most of them are orphans. The school is free for all these children, as are all school supplies, even down to the new, proudly worn uniforms the children recently received

Free medical assistance is available to the children and their guardians, (often grandparents or already struggling extended family). Monthly rations of staple foods and fish and vegetables provide much needed food security.

The long term aim of the guesthouse is to generate revenue, which is essential for the school’s financing. The guesthouse also offers on-site occupational training and creates much needed jobs in the villages.

Eric’s love and dedication transform lives and give hope for the future. The children adore Eric and fondly call him “Papa” – It’s hard to say whose eyes are brighter when he is with “his” children. In his typically diffident manner he told me: You know, they give me more joy than I give them

The entire project is currently funded by individuals and several foreign foundations, and supported by volunteers and mentors from Europe: Enter my sister Therese!

Some of the text on this post was modified from the Gentle Breeze Guest Information Brochure, courtesy of the GH.